You’ll find our blog to be a wealth of information, covering everything from local market statistics and home values to community happenings. That’s because we care about the community and want to help you find your place in it. Please reach out if you have any questions at all. We’d love to talk with you!

Buying a home after bankruptcy - How long?

Buying a Home After Bankruptcy- How Long? 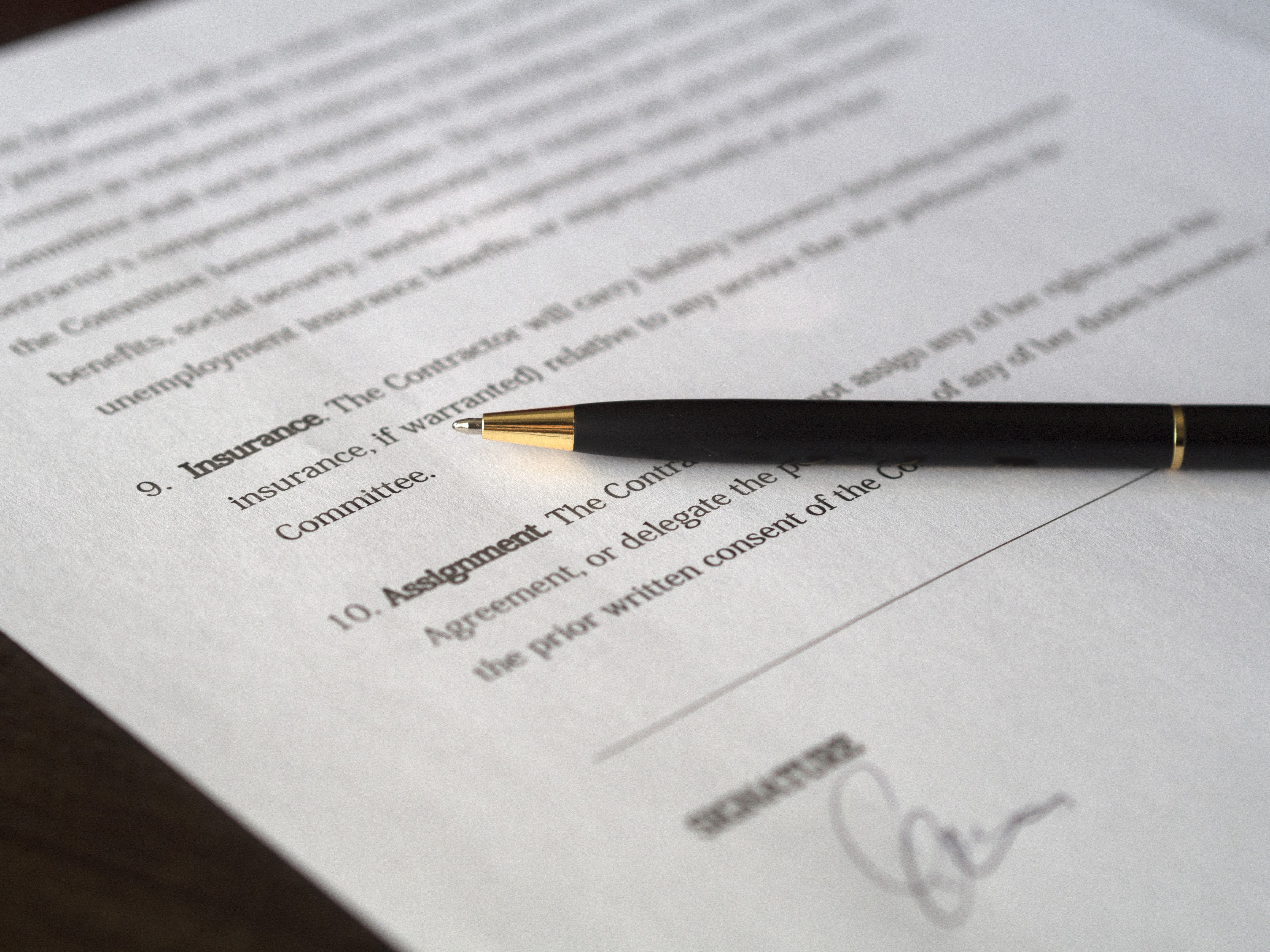 View More
Posted in Articles
no comments yet

6 Tips for Buying Your First Home

Check out these 6 Tips For Buying Your First Home 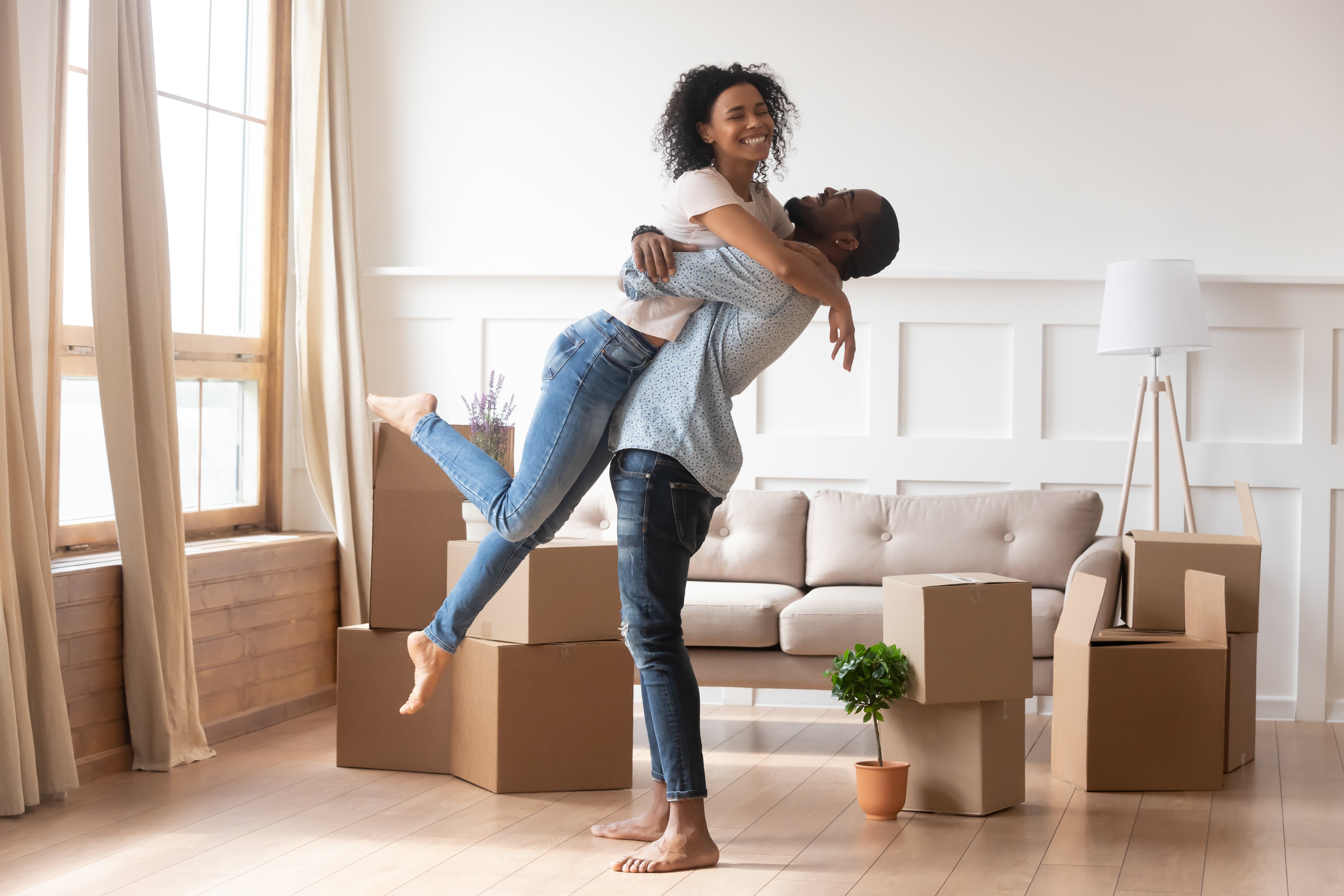 View More
Posted in Articles
no comments yet

How Well Do You Know Winder?

How Well Do You Know Winder?

Are you interested in learning about the vibrant city of Winder? Do not worry; we have you covered! 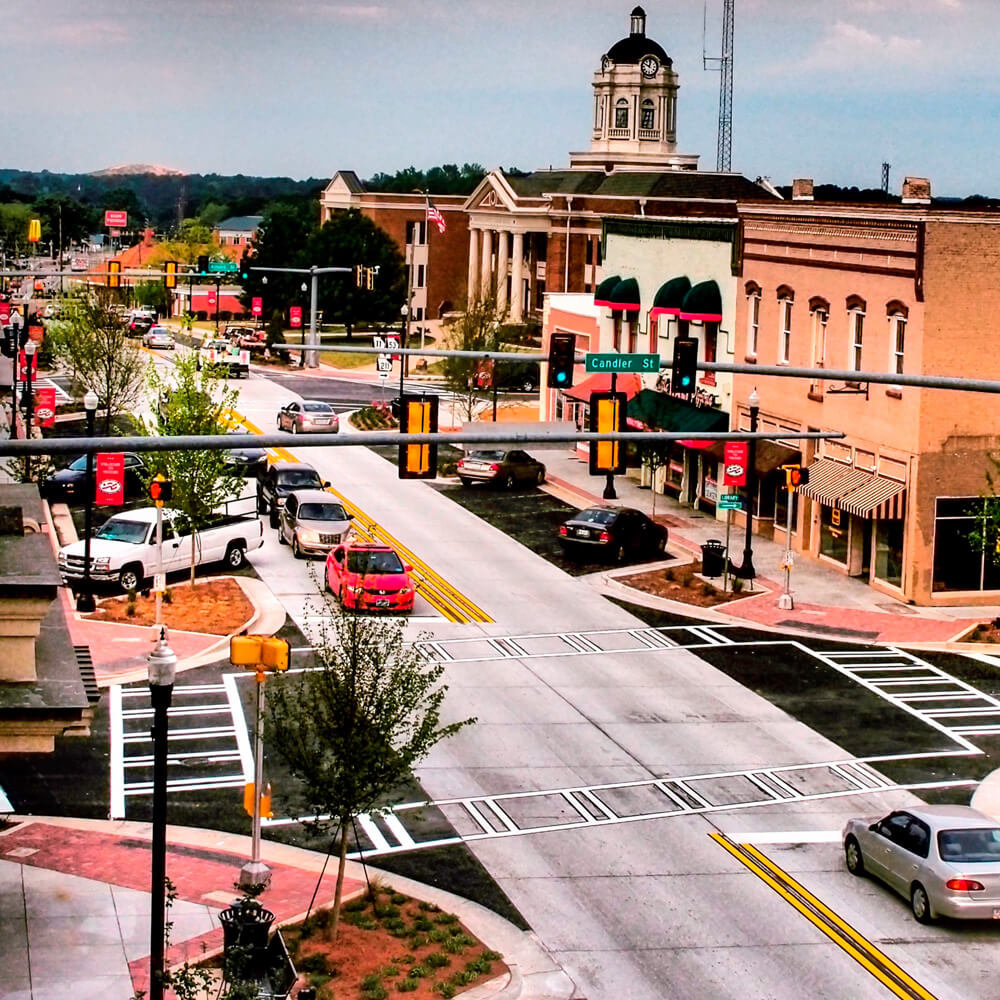 A small town in Georgia named Winder is about to undergo a significant upheaval. Winder was a lonely small town in a tiny county for many years, but as neighboring cities Atlanta and Athens grew and expanded, Winder started to take on a life of its own.

By the beginning of the 20th century, Winder had developed into a significant railroad link connecting Athens and Atlanta after being founded as a trading post by Creek & Cherokee Indians under the name Snodon during the colonial era. When the first white settlers arrived in the late 1700s, Snodon's name was changed to Jug. The town, incorporated in 1884, briefly considered changing its name to Brandon before reverting to Jug Tavern before 1890 and settling on Winder in 1893.

The introduction of the railroad led to the town's current name. The city was first traversed by the Georgia, Carolina, and Northern Railway in 1892; this railroad joined with Seaboard Air Line Railway. The Seaboard Air Line Railway accepted a sixteen-acre offer from enterprising locals to divert the rails through town, originally intended to run four miles south of Jug Tavern. The town's name was changed to John H. Winder in honor of the Seaboard general manager since the locals were so happy that the railway decided to move the rails.

Originally, Winder had three counties—Jackson, Walton, and Gwinnett—that came together at the town's core, creating a lot of complexity in terms of governance, starting at the railway crossing of Broad Street (formerly Jefferson Road). Governor John M. Slaton approved a constitutional amendment in 1914 that established Barrow County and designated Winder as its county seat.

Although the population increased because of the railway, Winder's small-town atmosphere has persisted. Buildings on Broad Street that housed equipment and national retail stores are still in decent shape. The Richard B. Russell property, the Jackson Street business area, the North Broad Road residential neighborhood, and the Barrow County Courthouse are all listed on the National Historic landmark.

Originally housing a well-armed force of settlers, the two-story log blockhouse at Fort Yargo, now a state park, is eighteenth by twenty-two feet in size and constructed of hand-hewn logs about ten inches thick. Additionally, the park has the Will-A-Way city park, a community camping area created to accommodate people who are physically challenged. The campground has paved trails, picnic sites, and fishing spots with easy access.

The City of Winder has experienced stratospheric expansion and is now formally a part of the Atlanta Metropolitan Region. The population increased from 14,000 to 18,000 people between 2010 and 2020.

To satisfy this need, Winder had to expand and evolve in several ways, including by annexing islands of unorganized territory to its boundaries. Major city new infrastructure is also in the works. A significant project for Winder is being undertaken in collaboration with the neighboring town of Auburn. The two municipalities have joined together to address their shared water storage deficit. In addition to infrastructure, many businesses and restaurants have begun opening up in and around Winder.

You now have an overview of beautiful Winder GA; contact us for more information on the area or if you have any questions about moving to Winder. Complete the contact form below or call us at (678) 772-4259

Interested in learning even more about what Winder has to offer? Check out our new YouTube series, 'What's Happening in Winder?' (coming December 2022)

Posted in Articles
no comments yet

Are you keeping an eye on the Real Estate Trends in Metro Atlanta for buying or selling a house? Do not worry, we have you covered! 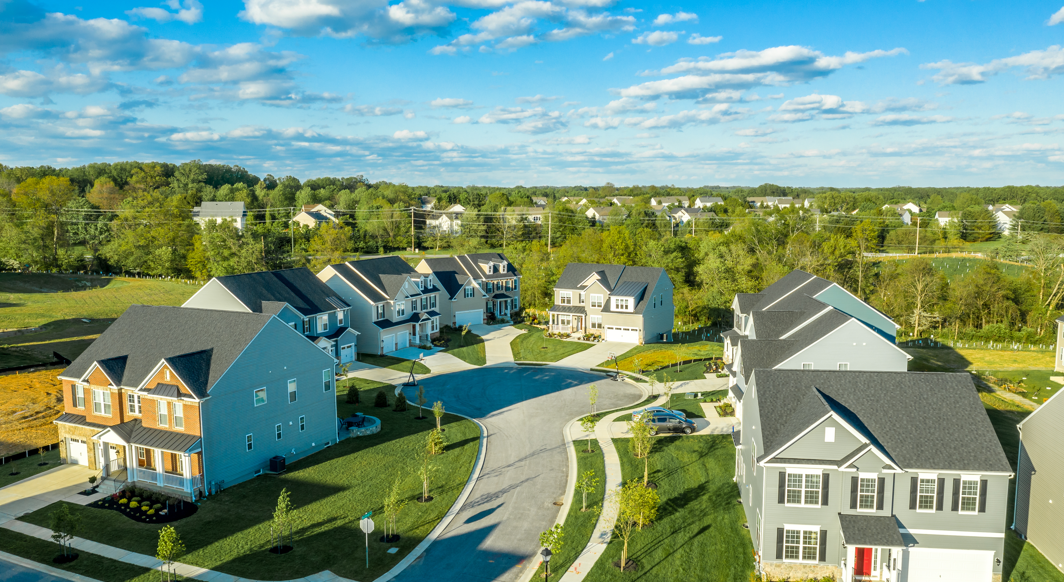 The city of Atlanta was founded in 1837 when it served as the terminus of the Western and Atlantic railroad line. Due to its being the busiest airport in the world for daily passenger flights, the city is still a significant transportation center today. In Atlanta, where there are more than 2,500 foreign companies, business travel is expanding because of direct planes to Asia, Europe, and South America.

Research indicates that Atlanta's total cost of living is 5.6% more than the national average, with housing prices being 13% higher. The fact that so many individuals adore living in Atlanta is evident despite some of the higher expenditures. According to the most recent census statistics, the population of Atlanta expanded by about 79,000 during the previous ten years, while approximately 79% of homeowners in Atlanta continued to live in the same home during that time.

Atlanta was ranked as one of the top locations for first-time homeowners in a Wallethub report from 2021. The research considered 20 other crucial characteristics, including cost, quality of life, and crime rates.

Recent months have seen a wide variety of activities in the Atlanta property market. Zillow reports that house prices have increased 16.6% in the last 12 months. Before the epidemic, the Atlanta housing market was already favoring sellers, and according to real estate experts, this tendency will persist over the upcoming months as supply cannot keep up with the demand.

The Atlanta housing market is one of America's strongest housing markets. Atlanta should continue to be a desirable market for rental property investment through 2022, especially because 50% of households in the metro region rent rather than buy. This is due to job growth, population expansion, and housing affordability. Even in 2022, it was considered one of the top cities for potential employees and a top destination for renters.

Median Days On The Market

In February 2022, homes in Atlanta were bought in a median of 17 days.

Compared to the previous year, when the median days the market was 22, homes were selling 23% quicker

The great news is that homes in Atlanta frequently sell for close to the asking price, so if you are in love with a property that falls within your price bracket, you will not need to go far over your budget. In fact, according to Redfin, 13% of houses in Atlanta had their prices decrease in the previous year. Atlanta has grown recently, yet it is still very inexpensive compared to many other regions. Buyers should experience a steady increase in their house prices over the next several years if the market is robust.

Property in Atlanta is indeed a smart investment right now. Homebuyers will get a solid ROI (Return on Investment) quickly because local property values have been rising regularly for many years. If you are thinking of investing in real estate, or are looking to buy or sell your first home, give us a call to chat. We are here to help and can offer a no obligation consultation to help educate you on what you should know when it comes to buying or selling real estate in 2023. Contact us using the form below or give us a call at (678) 772-4259

Posted in Market Updates
no comments yet

We are committed to bringing you the most up-to-date real estate news in the industry, including local market updates, national real estate trends, coverage of the mortgage markets, and more. Today, we are so excited to launch our newest addition to JP Real Estate's Market Updates, the JP Real Estate Blog! This blog will feature content about what is happening in the real estate market, what you need to know when making a real estate investment decision, the newest trends and data to be aware of, and some real estate industry related humor.

Whether you are an investor, first time home buyer, experienced seller, or anywhere in between- this blog is for you. We cover the basics all the way up to the most advanced techniques and strategies in real estate. With our years of experience and thousands of happy clients, we look forward to bringing you the most value with our free blog content. All we ask is that if you find anything here that you think can make a difference in someone else's life - please share it. We only succeed when we work together and share knowledge, and that is why we have created this blog. To help you succeed through knowledge and experience, so help us do the same for others and share this blog with all of your friends, family, and coworkers.

Thank you and stay tuned for some great content coming soon!

Posted in Articles
no comments yet

Curious about local real estate? So are we! Every month we review trends in our real estate market and consider the number of homes on the market in each price tier, the amount of time particular homes have been listed for sale, specific neighborhood trends, the median price and square footage of each home sold and so much more. We’d love to invite you to do the same!

Get Local Market Reports Sent Directly to You

You can sign up here to receive your own market report, delivered as often as you like! It contains current information on pending, active and just sold properties so you can see actual homes in your neighborhood. You can review your area on a larger scale, as well, by refining your search to include properties across the city or county. As you notice price and size trends, please contact us for clarification or to have any questions answered.

We can definitely fill you in on details that are not listed on the report and help you determine the best home for you. If you are wondering if now is the time to sell, please try out our INSTANT home value tool. You’ll get an estimate on the value of your property in today’s market. Either way, we hope to hear from you soon as you get to know our neighborhoods and local real estate market better.